Perth put on it’s very best weather for the 2013 national championships, which saw a very healthy turnout, despite the distance for many east-coast bands. The competition was tough in the A-Grade section, with last year’s champs, Brisbane Excelsior and the RASWA band, led by brass band legend Robert Childs looking like the favorites. The A-Grade section took place in Winthrop Hall at UWA, a stunning stone hall with a towering wooden ceiling.

For the Hymn, FYCB played “Mid all the Traffic”, an arrangement that had no bells, whistles or shiny things, just a pure and gorgeous melody with rich harmonic accompaniment. The final note filled the hall and all that was heard after was a release of air from performer and audience alike. From such a serene end, the first epic chord of the test piece, “Devil and the Deep Blue Sea” nearly blew the roof right off! It was a performance of soft and lyrical passages followed by furious and driving passages finally ending in a stunning chord that resembled the end of the hymn.

The street march, which was rehearsed for about as long as the course itself, once again received a great response from the crowd, and questionable looks from the adjudicators! Performing the 12 bar shuffle “Mardi Gras in New Orleans”, our ‘unique’ style of marching was in top form, featuring kazoos and a sung chorus, not to mention a dropped trombone slide (caught on film in HD!), one side drummer jumping in half way through (brushing one of the adjudicators), and a few players strutting like their uniform is in style (Got them moves like scragger)!

Back in Winthrop Hall, the venue was filled with eerie sounds from the percussion and a mysterious and powerful horn solo, followed immediately by a musical rendition of the bang. That’s right, it’s Sparke’s famous “Music of the Spheres”, a whirlwind of colossal explosions followed by deep emptiness, asteroids and shooting stars, a hommage to the tones of the universe finishing with an exciting outlook to the discovery of the unknown. The many solos and soli, designed to test the best in the business, were played excellently by our principal chairs. The march, “O.R.B” was played with absolute technical finesse, with a stunning cornet solo from our principal cornet Jamie Lawson.

Overall, Footscray placed 5th in the A-Grade section, a respectable result for a band made of almost all core players. Unexpectedly, Footscray placed 2nd in the stage march, a definite change of fortunes for that section!

Well done to all players for their commitment in striving to make top class music, and of course to Phillipa Edwards, our esteemed MD, for putting in so much work. The band is already working towards Brisbane in 2014, so look out A-Grade sections, next year is the year of the scragger! 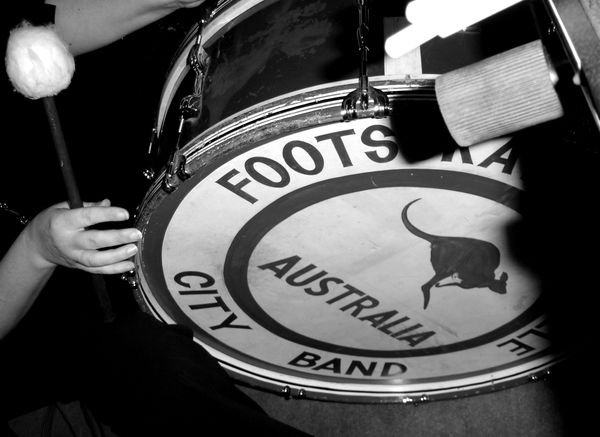 Welcome to the new (and under construction) FYCB website! Sure, it may not look pretty now, but just you wait!!! 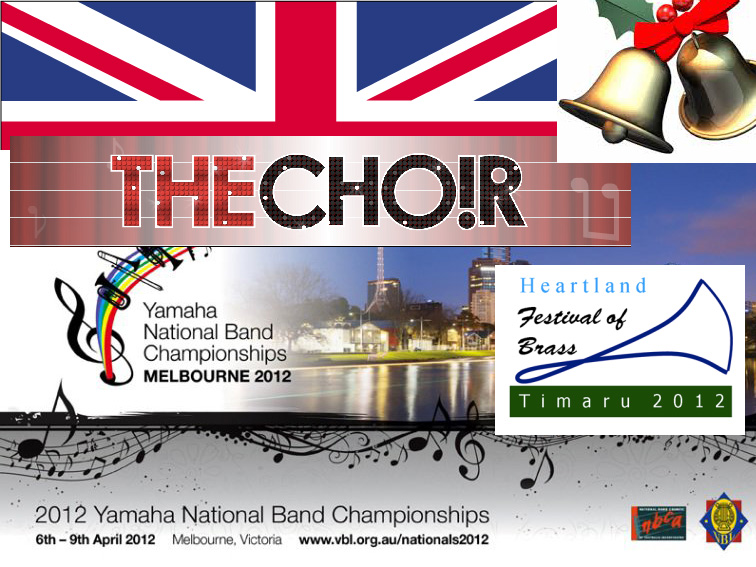 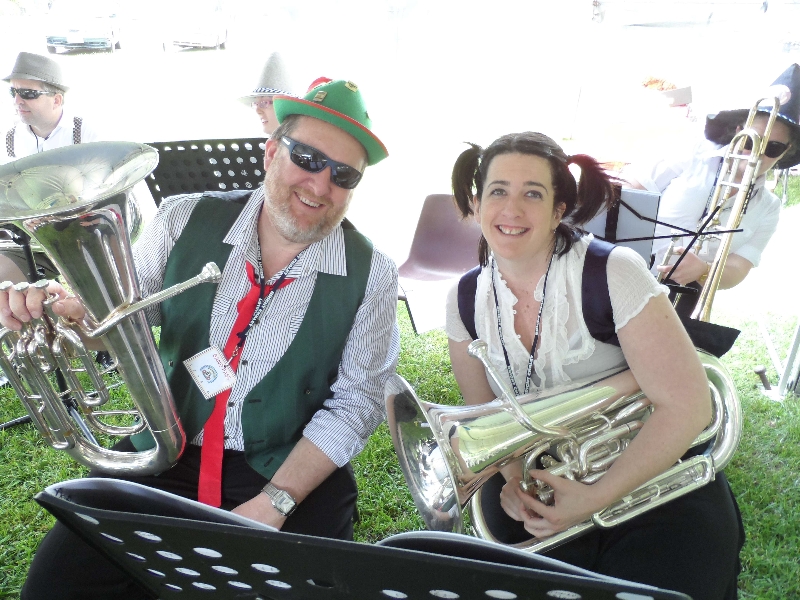 FABB 2011 entertainment section
The Good, the Bad & the Ugly.

Used as the audio visual introduction to the program while the band played the soundtrack live! 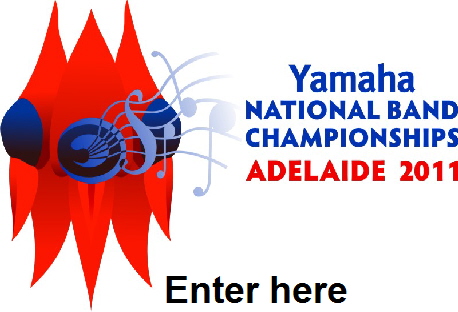 Over the Easter Weekend, the fine city of Adelaide was treated to an array of talented soloists, ensembles and bands from all over the country competing in the Yamaha 2011 National Band Championships. Footscray-Yarraville sent in the most handsome band thus far in the competition’s long history, with great hopes and aspirations of a victory in the open A Grade brass band section.

On the Thursday, soloists from the band and the world famous FYCQ (Footscray-Yarraville City Quintet) competed against the best of the best, finishing in very respectable places. A special mention goes out to the FYCQ, who placed 4th. Well done to all our magnificent and extremely attractive soloists and ensembles!

Friday saw the start of the open A Grade brass band section, beginning with the hymn and test piece. FYCB were quietly confident, having won the hymn section at last years nationals. Of course, we certainly did not disappoint! The hymn soared through Elder Hall with beautiful solos from Jamie and Paul. Next came the test piece, Vienna Nights. Few can recall Mozart ever being this exciting, with excellent stylistic contrast between classical and contemporary and wonderful solos from Brenton, Jamie, Chris, Stuart, Nicole, Rachel, Kathryn, Steve, Paul, Patricia and Laszlo.

On Saturday morning was the street march, and FYCB lived lived up to it’s reputation! Performing the brass band classic, A Fifth of Beethoven, with a full line of percussion and Tim Kelly’s famous “Tattered Tinsel Tuba”, Footscray managed to secure the (self-invented) peoples choice award!

Later that day came the own choice and stage march section. St. Magnus went quite swimmingly with great solos from our amazing players. This was a great achievement given the difficulty of the piece. Lastly came our stage march, The Wizard. Footscray played with absolute metronomic precision and excellent dynamic contrast, a great finish to our nationals campaign!

When the results were finally announced (After an hour of yelling, random applause and an excerpt from St. Magnus), FYCB took out 2nd place overall! Other awards included the “Peoples Choice Street March” award, the “Most Handsome Band” award, the “Best Uniform Colour Scheme” award and the prestigious “Most Alcohol Consumed” award!

After a long few days of intense playing, nearly every FYCB member gathered at a local pub and indulged in a victory dinner. Many laughs, congratulations and drinks were shared, followed by a raucous round of karaoke till the wee hours!

A huge pat on the back is owed to all the players for their continued effort through thick and thin, and of course a huge thanks to our maestro musical director, Phillipa, for making us sound as amazing as we did! Go Scraggers!

On the evening of the 21st August, while most were glued to their television watching the election unfold, Footscray-Yarraville put on a performance that won them the Victorian Bands League 2010 Open A-Grade State Championships held in Ballarat. Footscray opened the competition with the hymn “Nicaea”. The adjudicator was most impressed, quoting “If you’re not Christian beforehand, you’d be Christian after that”. Second was the major work, “Music of the Spheres”. This challenging piece was well managed by the entire band, featuring excellent solos from Jamie, Brenton, Nicole, Kathryn and Paul. Third came our concert item “Helter Skelter”, featuring the virtuosic talents of Leon on the xylophone. And finally, Footscray closed with the march “The Cossack”. A big congratulations to the entire band for putting on such a great performance and a special thanks to Phillipa for all the hard work she put in to make the band sound as good as it did.

Footscray-Yarraville headed down to Hobart over the Easter weekend to compete against 14 of Australia’s finest brass bands. Opening with “Dear Lord and Father of Mankind”, our winning hymn performance, we suprised our competitors, showing what Footscray is really made of. Following the hymn came this years test piece, Extreme Makeover, an epic monster metamorphoses on a theme by Tchaikovsky. The next morning saw the street march, where Footscray played an arrangement of “All the Single Ladies” by Beyonce, arranged by our BBb tuba player, Tim Kelly. The final day of competition included our own choice piece, “Journey to the Center of the Earth”, and our concert march “O.R.B”. The adjudicators placed us 6th, with Brisbane Excelsior taking 1st place.

Overall the competition was a great success, and a most enjoyable time was had by all. On behalf of the band we would like to thank the players who stepped in from other bands to play with us. We would also like to thank Professor David King for his great workshops in the lead up to the competition, and of course, our Illustrious, almighty band leader, Phillipa Edwards (aka Maestro) for her tireless efforts in making the band sound as good as it did. Well done all!