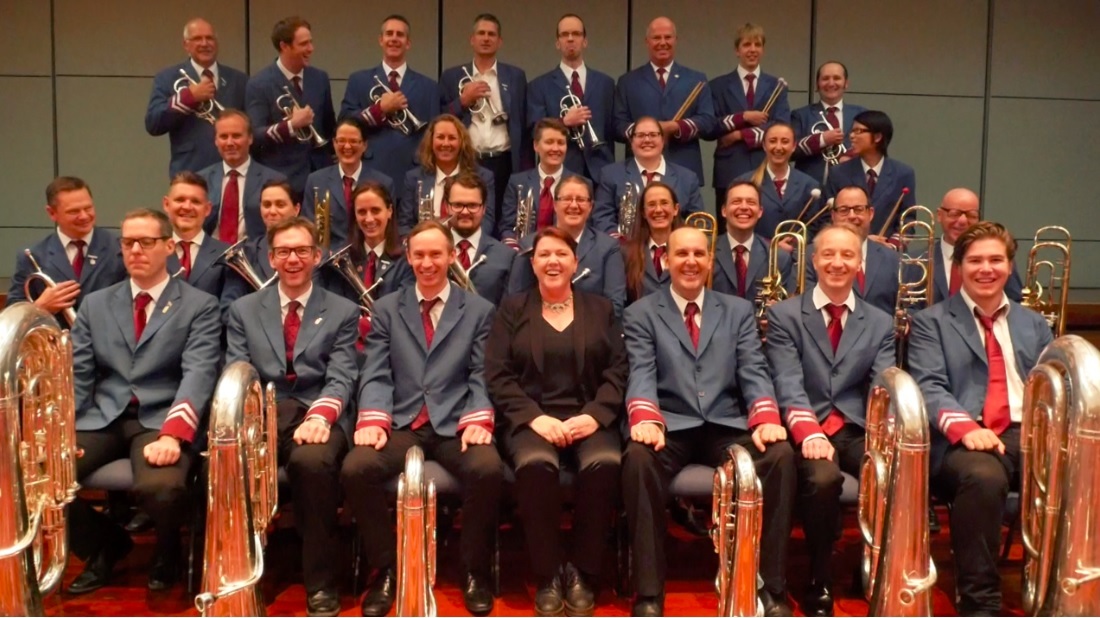 The 2018 Easter long weekend saw Melbourne host the Australian National Band Championships with 78 competing bands and over 3,400 players. The event was held at several venues with exceptional performance facilities and concert halls including the Methodist Ladies College and Xavier College in Kew. The competition was a fantastic event and our congratulations and thanks go to the Victorian Bands League and in particular, Megan Stapleton (VBL President and event organiser) and her dedicated group of volunteers who made the event a real joy.

The format of the competition includes the stage performance of a set test work and an own choice hymn on Friday, a street march event on Saturday and the performance of an own choice major work and a stage march played on Sunday. The championships for the Open section brass bands are divided into 4 graded sections with bands competing within the appropriate section for their abilities.

Western Brass had a great weekend in their first ever Nationals campaign and placed 3rd overall in a very strong section of twelve competing bands.

Footscray-Yarraville City Band have had great results at the last two National Championship with a 3rd place overall in the 2016 competition in Adelaide and a 2nd place last year in Launceston. The 2018 Nationals saw a field of 15 A-Grade bands including bands from New Zealand and South Korea. While our band did not achieve a podium place in this year’s stage event we did place first for the music category on the street march event and an overall 3rd for the street march section. Special thanks to Steve Semmler-Farr for a terrific arrangement of Michael Jackson’s ‘Don’t Stop til you get enough!’ for our music selection on the march!

The National Championships are a very important part of the band’s primary goals of Musical and Performance Excellence, and also encouraging young people to become involved in music with the positive effect it has on them and our community. Footscray-Yarraville City Band has a strong development program and is also actively involved in mentoring and providing support for Western Brass and Hyde Street Youth Band, and we had a number of junior players involved in solo and ensemble sections of the competition.

The Footscray-Yarraville City Band, together with our  second band Western Brass and the Hyde Street Youth Band have established a strong community banding precinct in Footscray that ensures that our shared bandroom facility is well utilised and provides vital arts and cultural opportunities for new players and the wider community. We are also very excited about the opportunities that the recently launched Footscray-Yarraville City Percussion Academy will provide to young people in the Western Suburbs and are very grateful for the leadership and commitment of Katie Thomas as the principal tutor. We look forward to seeing her students involved in future National Band Championships!

We are very grateful for the continued support of the Maribyrnong City Council and we proudly represent our vibrant community when we perform at these National competitions.

It is a real joy to share the stage with an amazing group of people and play music together. Its all about mateship, supporting each other and doing the best you can. The reward is being able to play music, connect with the audience and leaving something special. 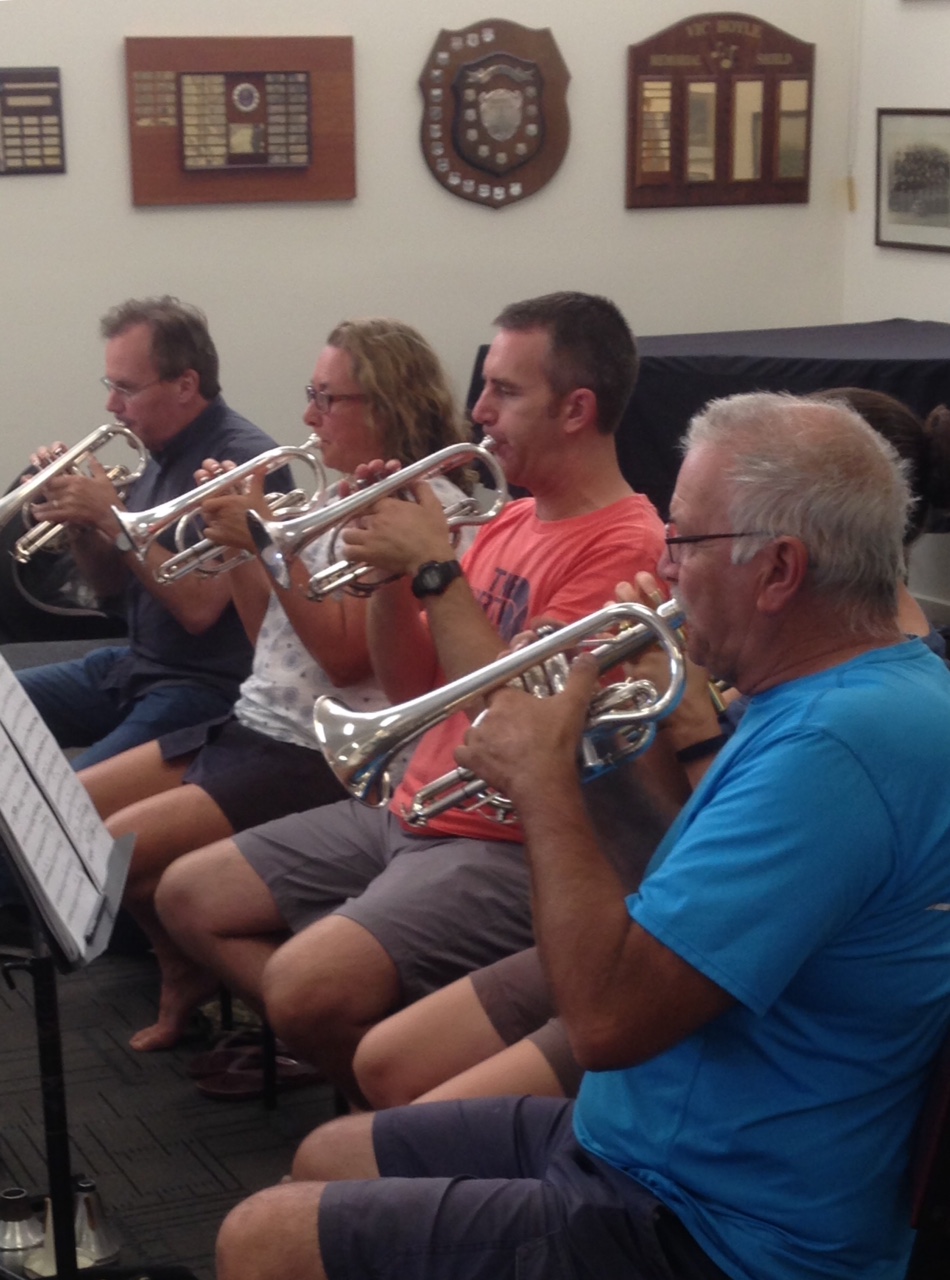 In early March FYCB returned to Wonthaggi for our annual rehearsal weekend as part of our Nationals preparation for 2018. (Thanks again Wonthaggi for the use of your wonderful band room!)

There are two major components of this weekend for most of us, playing awesome music with a great group of people, and the all important beach time on Saturday afternoon. Nothing clears the head quite like diving into the beautiful Cape Paterson rock pool of too cold water and giggling with fellow bandies.  We managed to coerce 8 people into the rock pool this year, which is up nearly 50% on last years effort!

In 2019 let’s try for half of the band – get ready, bring your togs, try not to freeze and love the hot shower afterwards!

Enjoy some photos of our players in action during the weekend. 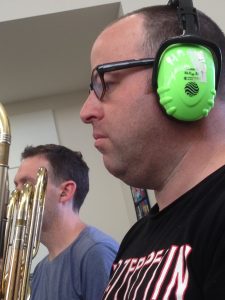 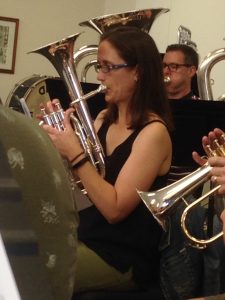 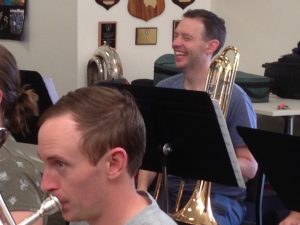 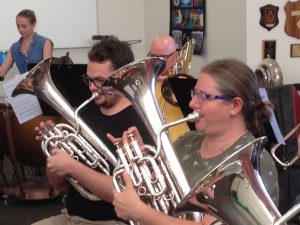 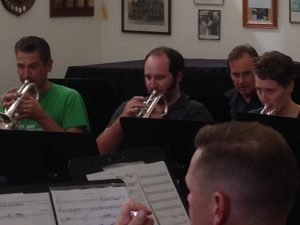 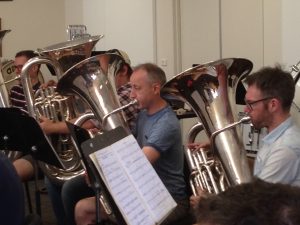 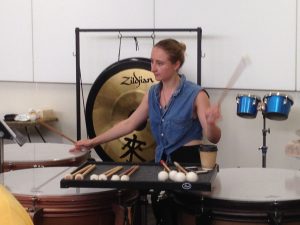 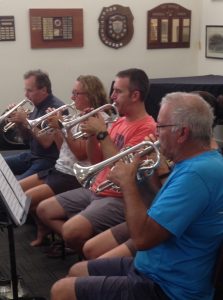 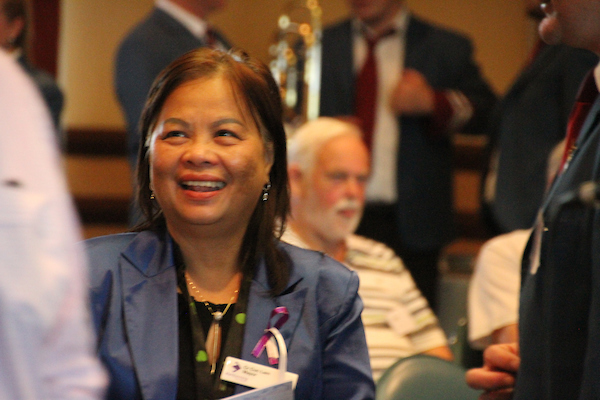 FYCB are thrilled to announce that we are heading overseas with our Silent Anzac Show!! For the first time since 1975, we will be heading to foreign shores – with performances and workshops planned for France, Belgium and the UK.

We were thrilled to hold the launch of our Silent Anzac Tour last Thursday at the Maribyrnong Council Buildings.

Special guests included the Mayor and Councillors of Maribyrnong, local business owners including Dimmeys, representatives from the Myer and Pratt Foundations, and other band and community supporters.

We’ll be launching a special website very soon to share tour updates and information in the lead up to our November departure. We will also be holding a number of fundraising events with the first, a major fundraising performance at the Box Hill Town Hall on April 28th.

Stay tuned for more details, and get your cheque books ready as we will soon be able to accept tax deductible donations to help get us to Europe!

Many thanks to the following for a successful launch last Thursday: Maribyrnong Council, David Palmer, Margaret Brett, Lorraine Wright and John Hoppe, and finally our amazing band Secretary Colin Harrison, and MD Phillipa Edwards. Also huge thanks to the amazing performances from Danielle Matthews and Jamie Lawson.

Here are some happy snaps from the evening, photo credit: Kevin Bergin 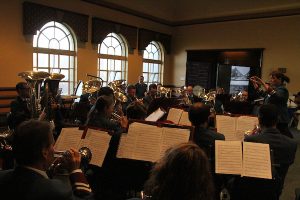 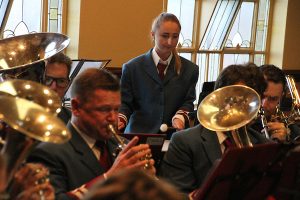 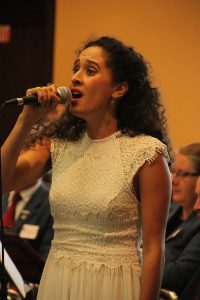 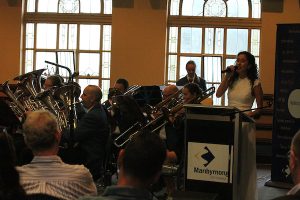 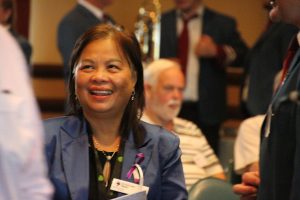 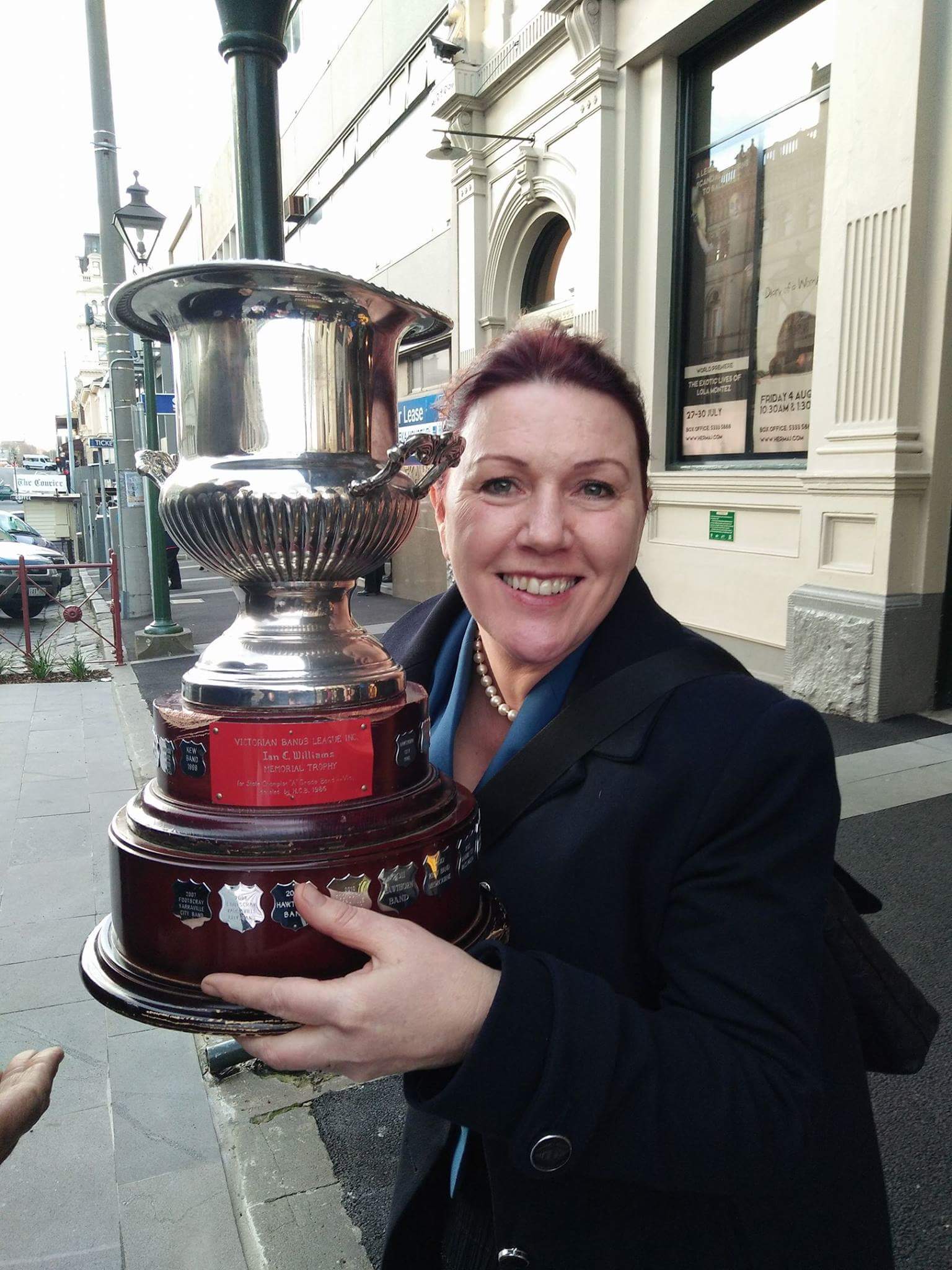 Each year bands come from all over Victoria to compete in the State Brass Band Championships in Ballarat, and this year on August 19th Footscray Yarraville City Band competed for the prestigious title of State Champions.

With a full program of Hymn, Test Piece, March and Entertainment Item, we performed at Her Majesty’s Theatre Ballarat, a beautiful old theatre with lovely acoustics. The highlight of the contest for the audience is arguably the feet warmers in the old theatre, which keep your toes warm after being outside in the Ballarat winter.

The crowd favourite item was a salsa, which saw soloists Jamie Lawson, Brenton Burley, Nicole Tweddle and Emily Furlong entertain the crowd, accompanied by the band with nifty choreography as well as playing and singing. (The back row cornets in particular had all the moves…)

Up against very stiff opposition, our entertaining style and beautiful hymn playing won the day, and FYCB were absolutely thrilled to win the title of State Champions in A grade!

The band is very proud of our achievement, and especially the hard work and dedication from our conductor Phillipa Edwards. A big thank you to the Victorian Bands’ League for running and organizing the contest, we look forward to defending our title next year. 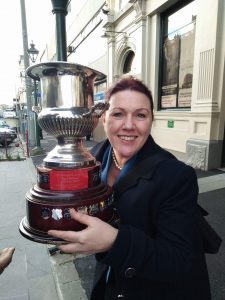