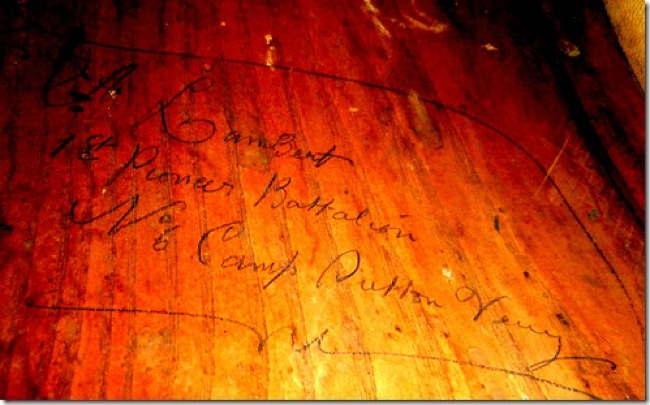 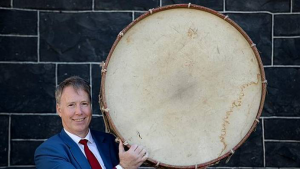 Whilst doing a clean out of the bands’ storeroom in 2013, one of our members saw through all the clutter an old, battered bass drum with a torn head. Only when inspecting more closely did we realise the significance of this drum. On the inside of the drum, we discovered faint markings of soldiers who had served overseas with the 1st AIF during World War 1. Colin Harrison, one of FYCB’s tuba players, began an extensive research project to learn the stories of these men and their families.

Soldiers who wrote their names on the inside of the drum include:

The men who wrote their names in the drum were all members of pioneer battalions which were generally employed on work such as road building, trenching and gun emplacements. The mens’ inscriptions in the drum also give several place names, Fovant and Sutton Veny. These inscriptions indicate the drum was used in bands in the training camps near Salisbury Plain, England, where men were trained before being sent to the front in France and Belgium.

Service records show that Alexander Lambert was at these training camps between August and November 1916 when he would have written the inscription below.

Lambert was born in born Wallsend and enlisted in Newcastle in the 1st Pioneer Battalion and embarked for England on 3rd May 1916. After a period of training in Sutton Veny, England, Lambert joined his unit “in the field” on 17 November 1916. He was killed in action on 30 November 1917 near Ypres, age 25. An eye witness recorded:

“…[Lambert], with others, was building eighteen pounder dugouts when the Germans started shelling; he was running for shelter in another dugout when a shell landed close beside him and wounded him so severely that he died in 10 minutes.” Lambert is buried in the Reninghelst New Military Cemetery in West Vlaanderen, Belgium.

The history of our country is embedded within the story of these men and our band’s heritage, which stretches back over a hundred years. We feel a special connection to all service men and women and we are proud to honour the sacrifice made.

In the lead up to ANZAC day the band is preparing to commemorate the Australian service men and women who have made the ultimate sacrifice in the service of their country. The band will be playing at commemoration services at both the Footscray and Yarraville RSLs as well as participating in the march to the Shrine of Remembrance on ANZAC day.

As part of the commemorations the band will be marching with the WW1 bass drum. The theme for the bass drum insert design (covering the skin) this year marks the centenary of Australians lost in France in 1916 in battles at Fromelles, Pozieres, Mouquet Farm and Flers. 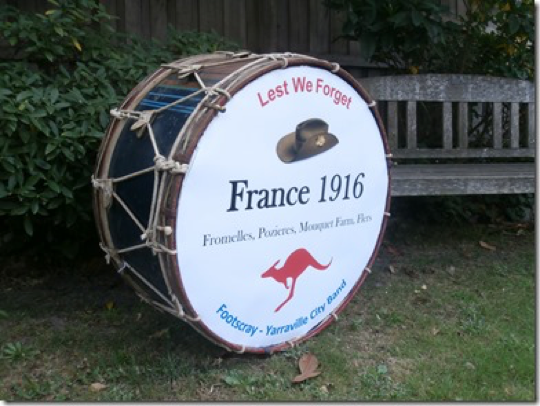 As part of the band’s ANZAC Centenary Commemorations Project the band is committed to the preservation and public display of this drum and the research of the history of these men.

The drum will be on public display later this year at the band’s Silent ANZAC concert on 12th November at Williamstown Town Hall. For further information contact the band at anzaccentenary@fycb.com.au

One Reply to “Discovery of WW1 Bass Drum”